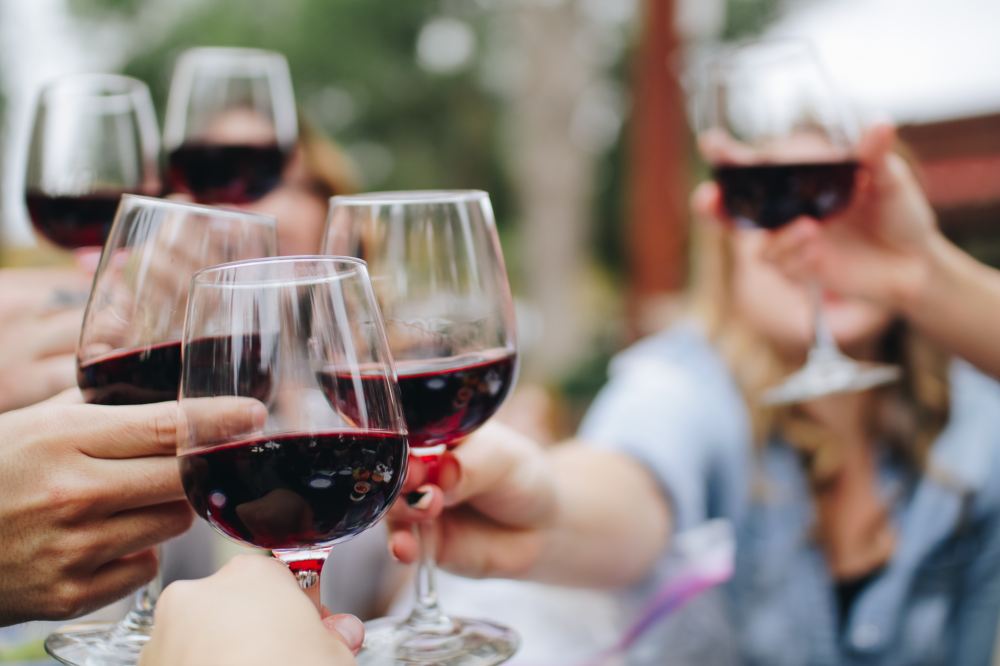 Co-dependents, sensitives, empaths, introverts and those who grew up in emotionally neglectful or abusive homes often experience more than the average number of problems with their friendships, in addition to their intimate relationships.  These ‘friendships’ are often dysfunctional, unrewarding and one-sided.  Our ‘softness’ (our empathic nature or people pleasing behaviour), attracts takers of all kinds and friends are no exception.

Co-dependents may not realise that red flags apply to friendships too, and warnings are often missed (or ignored) to fit a more pleasing narrative – this person accepted us, liked us for who we are, and they were genuine.  The painful reality is that some people accept us into their lives solely because we serve a function, and if we have a history of co-dependency, chances are we will be serving this person’s needs as meticulously as if we were getting paid to do it.

“Co-dependents often attract takers and self-servers in their friendships as well as in their intimate relationships.  Fair-weather friends (FWFs) abound and happily take much of their time and attention but will never return the favour.  Despite the imbalance being an obvious one to most people, the co-dependent doesn’t seem to notice it because the attention they get from their needy friend makes them feel wanted.  The co-dependent delivers much gusto into her 24/7 marriage and work counselling service, but on the rare occasion she asks one of the FWFs for advice, share some news, or to listen to a concern or worry she may have, they are unavailable, seem bored or simply disinterested.  The co-dependent knows from old, that expressing their own needs is the fastest way to become unwanted and they try for the most part to keep quiet about whatever may be playing on their mind.

If they do get an opportunity to express themselves, they try to make it very brief.  They may be in tears or holding back tears as they reach out to the FWF, but this person is not able, or willing to connect with anyone who is sad.  They simply don’t feel much empathy for them or their situation, so they must fake it, but their efforts are poor.  Their attempt at compassion sounds (and is) cold and dismissive and the empathic person can quickly detect it as in-genuine, which of course, makes them feel even worse.

The reason for this lack of connection is that the FWF just does not have feel empathy to the same degree (if at all) for others, and although some may pretend to do so very well, it somehow feels in-genuine.  They are self-serving by nature and inconvenienced by anyone who is NOT the life and soul of the party, or an on-demand counsellor and life coach.  Ideally, they’d have their own private court jester and servants to hand, but in the absence of that, they make do with their ‘friends’.  This is not the person who is going to take the time to listen to us when we are at our lowest or be in touch much (unless they have a problem).  However, when the situation is reversed, they will demand immediate personalised attention, to which the co-dependent willingly gives or woe-betide.

School can be difficult for very young girls whose co-dependency traits become fully developed within the dysfunctional home.  Another girl picked up on my shyness in high school and made every day painful with mean comments and attempts to isolate me from others.  Without interested parents or the school to help (bullying was seen to be a part of growing up) I just took it, but even worse was the ‘knowing’ that cruelty was my cross to bear – it WAS going to happen, my job was to just avoid it when possible.  She soon became a friend because instead of steering clear of her, I tried to fix the situation – if I could make her like me, she wouldn’t say hurtful things anymore, and I could replace this ‘rejection’ into an ‘acceptance’.  I managed to win her over and shortened the life of another painful memory.  With all the nasty bits brushed under the school linoleum, it seemed a normal friendship, but roles were being played.  Over the years, I attracted the same personality types, and although arrogance and controlling behaviour were enormously triggering, I stayed around.

Hyper-sensitivity and a general mistrust of others also affected my friendships – co-dependents may sometimes sabotage potentially ‘healthy’ friendships (if they do happen to find one) without realising it.  But I seldom attracted ‘average’ friendships and instead, routinely attracted the following types of people:

This person knows how to flirt with both men and other women and makes highly flattering comments that the co-dependent personality laps up without hesitation – “Oh, you’re so funny!” or, “How do you do that?” etc.  These words fill the co-dependent’s empty love and validation bucket and they feel encouraged to share intimate stuff very soon.  Before long a special bond or connection develops that feels great – but it’s fake and very often short-lived.  Of course, not all Gusher’s are narcissistic (many co-dependents are gushers), but narcissistic people will often gush in an attempt to get what they want as it requires little effort.  I was ‘validated’ on a grand scale by a few Gushers, and as they encouraged my best self to come out, I shone brightly, but the high they generated only made the discard (whoever did it first) more painful.  The Gusher usually goes back to existing friends or makes another new BFF – one thing’s for sure, you never know where you are with them.

Back in the day, I didn’t know that feeling ‘high’ in anyone’s company, especially someone you hardly know, could be a red flag.  A well-honed female covert narcissist can trigger the same emotions typically experienced in the early dating period.  They elicit feelings of excitement, happiness or relief when they make contact, unlike ‘normal’ regular friendships, which are without frequent emotional spikes.  Spending time with an old friend is an emotionally balanced type of joy, and if you don’t see each other for a long time, it doesn’t hurt.  But when the covert narcissist BFF takes a sudden exit, it’s confusing because she’s now behaving exactly opposite to how she initially presented herself, and those warm ‘n’ fuzzy feelings of being accepted and appreciated are now sadly under suspicion.

A friendship like this only works if the Gusher remains in control, and/or she’s getting good narcissistic supply.  When you realise there’s something fake about her vibe and behaviour, or you start to suspect she is using you, she’ll drop you like a hot potato or prompt you to do it.  If this is the case, there is nothing to feel guilty about, your role in her life was likely due to expire anyway – evidenced by a careless slip of the mask (which may have actually been a test of your devotion).  The break-up will be a non-event for Gusher – unless they need you for some reason, in which case they will turn on the charm and make some impressive attempts to hoover you back in.  Any relationship break will be significant for the empathic person however it ends, and they will feel the loss of the connection they had, even though it was in-genuine.

No good can ever come out of this person’s mouth, and they WILL be gossiping about us too.  Gossip may once have had its place in society for some reason, but this is bitch-bonding, and there’s nothing cozy about it – it’s blood sport over coffee.  I remember a girl at school who can’t have been more than eleven or twelve who’d rally her circle of flying monkeys around her at break times and start the conversation off with, “So, who should we talk about today?”  She kept the whole year’s class attendance rates up to an all-time high without realising it.  Because Gossipers will welcome anyone who is willing to slay another person behind their back into their circle, the person with low self-worth finds a way to be accepted, but it comes at a price.

This person can hijack your ears, for extremely long periods and appear not to notice you’re attempting to get away.  I’d often be sitting next to one at children’s sporting events, at work, or other places I couldn’t easily leave.  As a people pleaser, you listen and try to help by giving them some ideas and general support.  Don’t bother – nothing is going to change, and they have no intention of taking any advice, they just want to drop all their stuff onto you, and never return the favour.  They are the ultimate conversation hogger, they take your time and energy and their eyes literally glaze over if you try to get a word in edgeways.”

Recovering co-dependents need to learn how to tune into themselves in order to stay on track and keep healthy boundaries.  We can do this simply by asking ourselves some basic question when we feel doubtful about the integrity of a person and the genuineness of a friendship.  If we are feeling such doubts in the first place, it’s usually a sign something is off, but we can also ask ourselves the following questions:

Do we hesitate before going to our FWF with a problem we may have?  Do we feel we are imposing on them if we speak about our feelings?  Do we hesitate before telling them some of our good news?  How different are their responses to yours, when needing a friend to talk to?  Would you describe your friendship as give and take, or is it mostly all take?

When our co-dependency or need for validation is acknowledged, recognised and addressed, the self-servers become less interested in us.  When we realise that we are deserving of the same rewarding, healthy relationships that we see others enjoy, we begin to spot the takers quickly and manage to avoid them altogether.  These ‘friendships’ are no longer given the traction they need to continue because we are able to recognise the red flags – the warning signs we detect coming from them and the ones we access ourselves by tuning in to what our gut is telling us.

If this post resonates with you or someone you know, please comment and share!  My goal is to connect with others to bring awareness and choice to those affected by childhood emotional neglect and narcissistic abuse.

Zoe is a Registered Nurse, Kinesiologist and Holistic Health and Wellbeing Practitioner.

Find Zoe at:  www.innerhealthandhealing.net and her BLOG page – “Emotional Neglect and Narcissistic Abuse – A Recovery of Self” for more posts on recovery and healing from childhood emotional neglect, codependency and narcissistic abuse.

Photo by Kelsey Knight on Unsplash

This site uses Akismet to reduce spam. Learn how your comment data is processed.